Two hours after finishing & posting the deer....here is Mr Bob. This tortoise is 109 years old and lives at the ranger's station. I worked as quickly as possible, attempting to capture the textures and strong shadows. 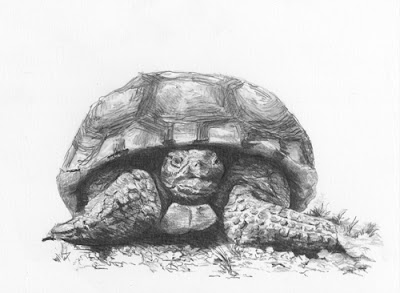 I've just completed the third one in the series: a mule deer. Just look at the size of those ears! 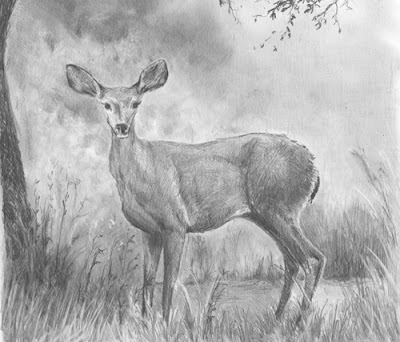 Here's the second in the series: A little kangaroo rat. 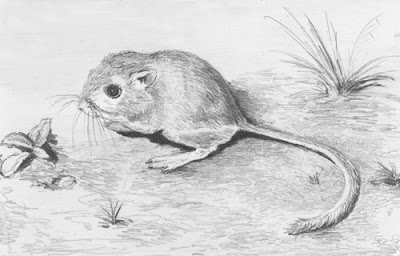 While visiting our son, Matt, a few weeks ago, we stopped at the Tehachapi ranger station. Robin, the gal from the station, requested that I create some Death Valley critter notecards. It sounds fun to do and a chance to draw some unusual little creatures.

This is the first of a series that I will be creating. This is an antelope ground squirrel: 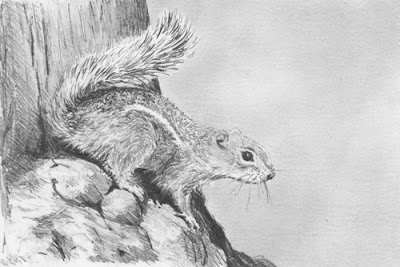 Diane Wright
Graphite landscape artist. www.dianewrightfineart.com Drawing has become an integral part of my life. While my favorite subject matters are rural and landscapes, I also draw portraits and still lifes. I especially enjoy doing commissions to capture a special subject matter for others! Please feel free to email me at Diane@DianeWrightFineArt.com for more information.